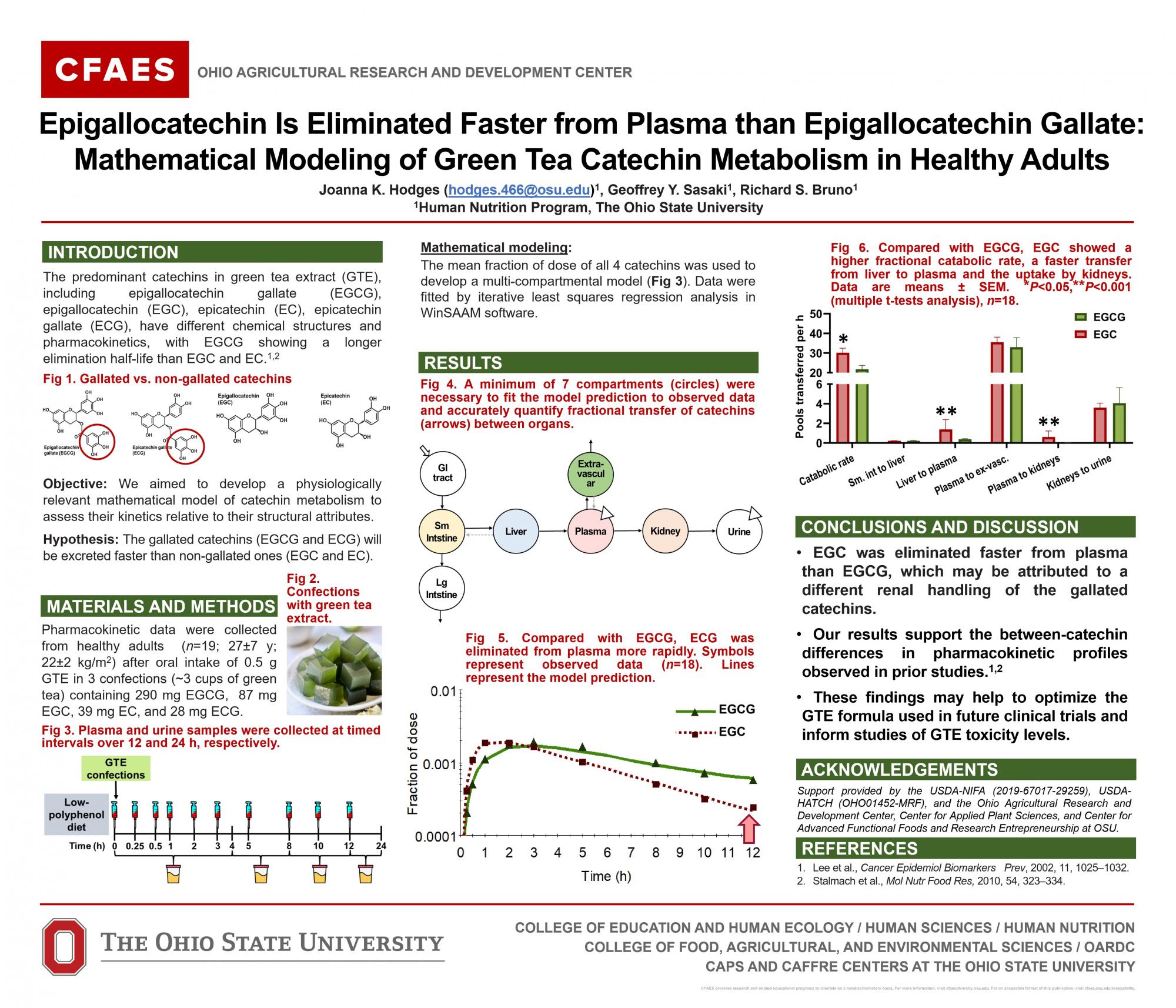 Objective: The predominant catechins in green tea extract (GTE): epigallocatechin gallate (EGCG), epigallocatechin (EGC), epicatechin (EC), epicatechin gallate (ECG), vary in structure and bioactivity. Our objective was to develop a physiologically relevant mathematical model of catechin metabolism and to assess their kinetics relative to structural attributes. We hypothesized that the gallated catechins (EGCG and ECG) will be excreted faster than the non-gallated ones (EGC and EC).

Results: Observed data were successfully fit into a 7-compartment model comprised of the gastrointestinal tract (stomach, small and large intestine), liver, plasma, extravascular tissues, and kidneys. Goodness of fit was ascertained by the estimated variability of parameters (FSD 0.5). Based on the plasma response profiles, EGC was eliminated from plasma faster than EGCG. Compared with EGCG, EGC showed a higher fractional transfer from the liver to plasma (P 0.001) and the uptake by kidneys (P 0.001) with no difference in absorption. The fractional catabolic rate was also higher for EGC compared with EGCG (P 0.05), while its plasma residence time was shorter (P 0.05).

Conclusion: A 7-compartment model was successfully developed to demonstrate that EGC is eliminated faster from plasma compared with EGCG in healthy adults, which may be attributed to a different renal handling of the gallated catechins. These findings may help to optimize the GTE formula used in future clinical trials and inform studies of GTE toxicity levels.